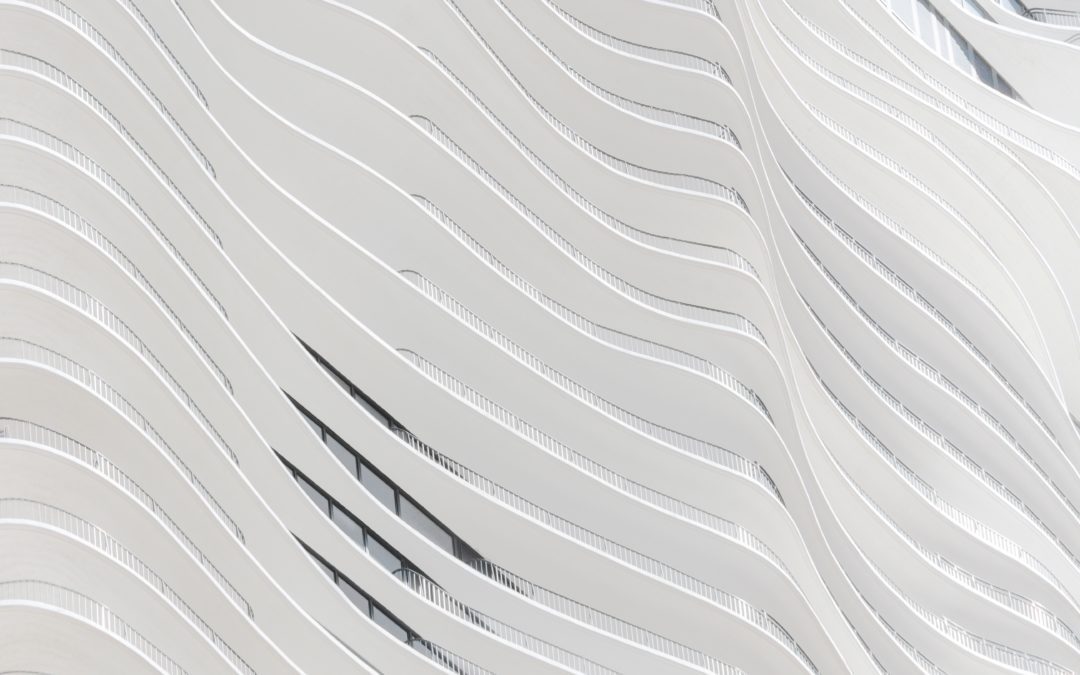 Patient presented to my office with severe sleep apnea as diagnosed by MD sleep apnea specialist. Patient is a 53 year old male male in good health whose profession is that of a musician, teacher and composer., I referred patient to a dentist who is an apnea researcher, specialising in—and highly knowledgeable about— therapeutic splinting. My intention was to increase the chances of success by forming a team of knowledgeable practitioners. Upon receiving the data on the patient’s sleep study, and noting the severity of the apnea, the dentist referred patient for immediate fitting for C-PAP machine, in place of the therapeutic splinting. Patient refused the machine, preferring to have me attempt to alleviate the problem with Fascial Manipulation for Internal Dysfunction (Level 3) as we had success in the past with Level 3 in the treatment of a thyroid dysfunction (repeated hyperthyroid episodes in paroxysmal patterns but not of the intensity—or danger—of “thyroid storms”). Again, noting the severity of the problem, I agreed only if a continuous improvement was seen and he stayed in touch with the MD sleep apnea specialist, which he did, albeit,i t was discovered later, minimally.
My goal was to decrease the intensity of the sleep apnea to the point that he could undergo the oral splinting procedure. In the end, based on the data of the follow-up sleep study, I agreed with the specialist that neither C-PAP nor oral splinting are necessary.

1) The basis of treatment was Fascial Manipulation, Level 3, App: Respiratory (ARE).
Heavy emphasis was put on the treatment of the upper extremity hinge points and, in particular, the distal tensors.
2) Extremity adjusting and SOT were continued as was our regime for many years (patient was treated in the past for upper extremity problems so these adjustments were continued on a maintenance basis).
3) Treatment was at 1X/week for 7 months.
4) For the first month only, patient followed a regimen of Flonase (fluticasone). Discontinued by patient after first month.
5) Patient continued with his regular acupuncture treatments throughout this time period. This may have contributed to the success of the Fascial Manipulation-based outcome.
6) Patient wore a “Breathe Rite” strip across outside of nose in beginning but then got lax with it, not wearing it much after initial use. Patient wore this for follow up sleep study but not for initial sleep study.
7) I have in my possession sound charts of snoring sounds. These charts were created regularly throughout the 7 months of treatment via the patent’s cell phone. No baseline chart was made. The charts show an average continuous decrease in frequency and volume/intensity of snoring sounds, agreeing with the follow-up apnea test done 7 months after FM treatment began. This follow-up study was done by the same sleep lab and directed by the same specialist as the initial study.
8) See below for pre-treatment and post-treatment sleep studies. 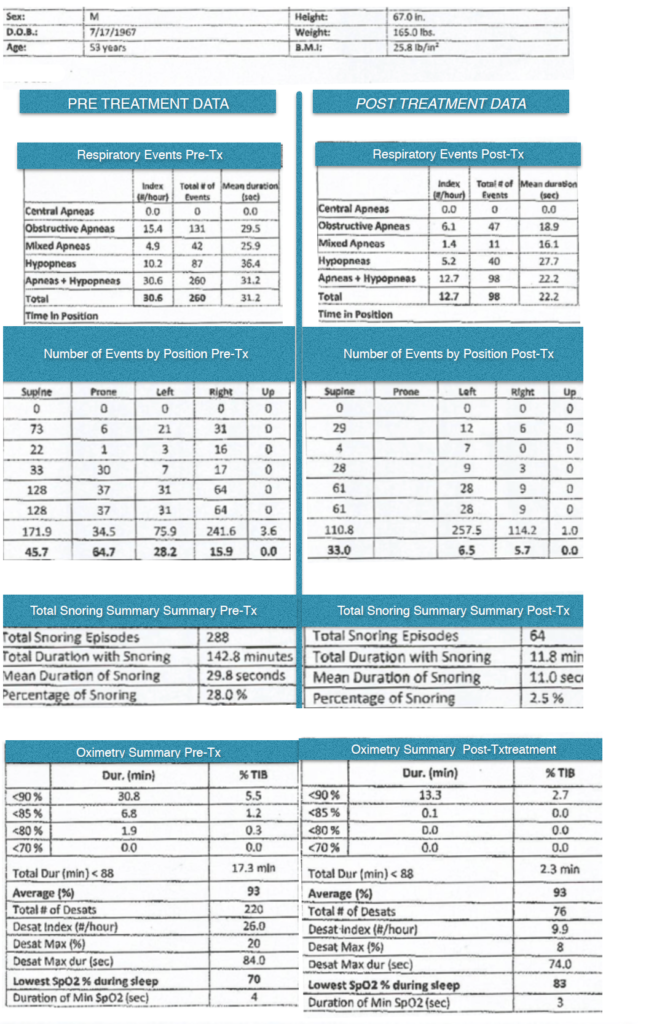